The province of Girona promotes its museums through the “Looking at art on Twitter” campaign, with Miquel del Pozo.

In line with the Action Plan laid down for the Costa Brava Girona Tourist Board’s Culture and Identity Marketing Club, we are implementing the project “Looking at art on Twitter”, with Miquel del Pozo (@miqueldelpozo). This campaign sets out to showcase exceptional works of art from the province of Girona’s Museum Network through a series of a dozen threads aimed at an audience interested in art, history and heritage. The campaign will explain curiosities about such pieces of art as the Tapestry of the Creation displayed in Girona Cathedral, the Romanesque portico in Ripoll, the Cross of Vilabertran, the statue of the Greek god Asklepios in Empúries, the monastery of Sant Pere de Rodes and the Iberian settlement in Ullastret. The first thread published on 26th January dealt with the Tapestry of the Creation, and clocked up over 40,000 impressions and 2,000 engagements; altogether, the thread obtained 106 retweets, 258 likes and more than 10 comments. On 23rd February the contents concerning Ripoll’s portico were published. This second thread had a considerable impact, with 130,000 impressions and 15,500 engagements, including 899 likes and 392 retweets. The campaign can be followed through the hashtag #MA140. 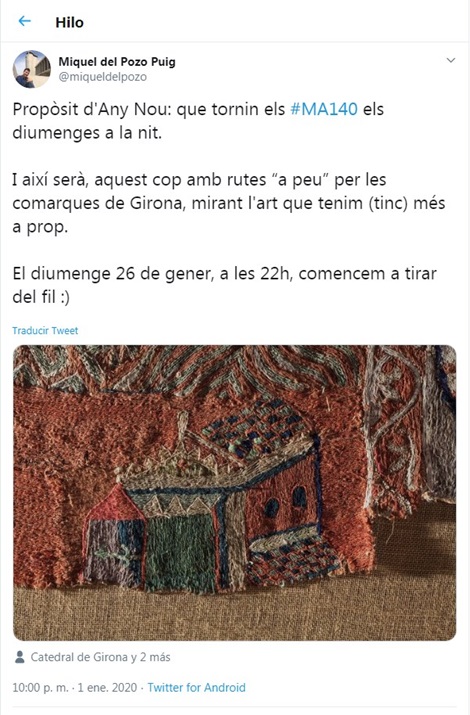 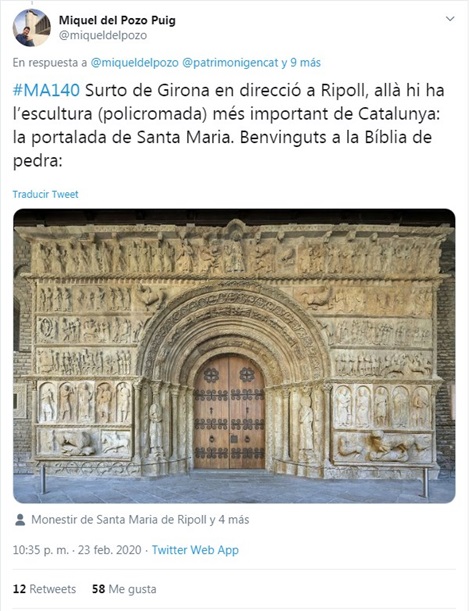