The Costa Brava kicks off the 2016 luxury cruise season

The arrival of cruise ship Saga Pearl II at the Port of Roses on 14 April marked the first day of the Costa Brava 2016 cruise season, bringing in over 400 mostly British passengers. Roses will be a port of call for six luxury cruise ship throughout the season, which ends on 18 October and is expected to result in a 25% year-over-year increase in the number of tourists for a total of 2,000 passengers. The Port of Palamós also kicked off the season with the arrival of the first cruise ship, Azamara Journey, which carried 650 passengers and 400 crew members, and will serve as a port of call for 30 ships and 23,000 passengers throughout the 2016 season. Eight ships will visit the town for the first time as part of the noteworthy commitment of American and European cruise liners to the region. Together, the two ports welcomed a total of 43,100 passengers in 2015 for an economic impact of €3 million. 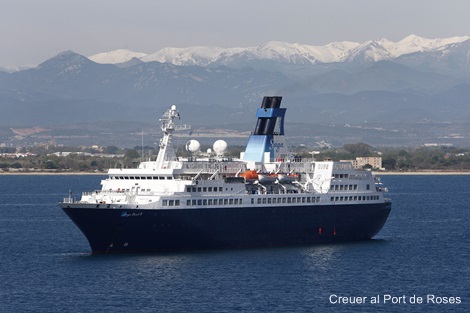