Nine Girona campsites rank among the best in Europe.

The Costa Brava Girona Tourist Board teamed up with over 40 Girona campsites, members of the Campsite Association of Girona, to participate in Europe’s most important camping trade fair from the 16th to the 24th of January: CMT Stuttgart, an annual event celebrated in Germany that opens its doors to more than 210,000 visitors every year. The awards ceremony for the Best Camping 2016 awards, granted by the German ADAC (an automobile association with over 19 million members) and the Dutch ANWB (with more than 4 million associated families), were celebrated during this much-anticipated trade fair. Girona campsites cemented their status as a benchmark for high-quality camping with two more campsites from the region receiving this recognition for a total of nine campsites making the ranking: Les Medes in L’Estartit; La Ballena Alegre, L’Àmfora, Las Dunas and Aquarius in Sant Pere Pescador; Delfín Verde in Torroella de Montgrí; Laguna in Castelló d’Empúries; Cypsela Resort in Pals, and Mas Sant Josep in Santa Cristina d’Aro. The promotional and marketing strategy for Girona campsites in 2016 is focused on specialisation, and the association has published a guide that classifies the province’s campsites according to the activities they offer (cycle touring, water sports, golf, wine tourism, etc.) instead of the traditional classification by geographical location. 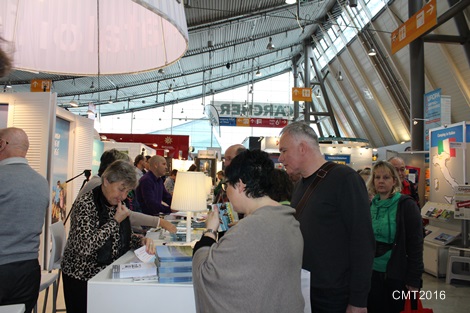